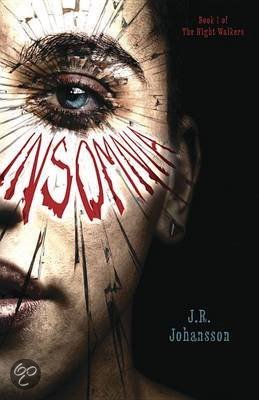 Her eyes saved his life.

Her dreams released his darkness.

After four years of sleeplessness, high school junior Parker Chipp can’t take much more. Every night, instead of sleeping, he enters the dreams of the last person he’s made eye contact with. If he doesn’t sleep soon, Parker will die.

Then he meets Mia. Her dreams, calm and beautifully uncomplicated, allow him blissful rest that is utterly addictive. But what starts out as a chance meeting turns into an obsession; Parker’s furious desire for what he needs pushes him to extremes he never thought he’d go. And when someone begins to terrorizing Mia with twisted death threats, Parker’s memory blackouts leave him doubting his own innocence.
(Beschrijving: Goodreads)